A Morning with Joan Miró in December 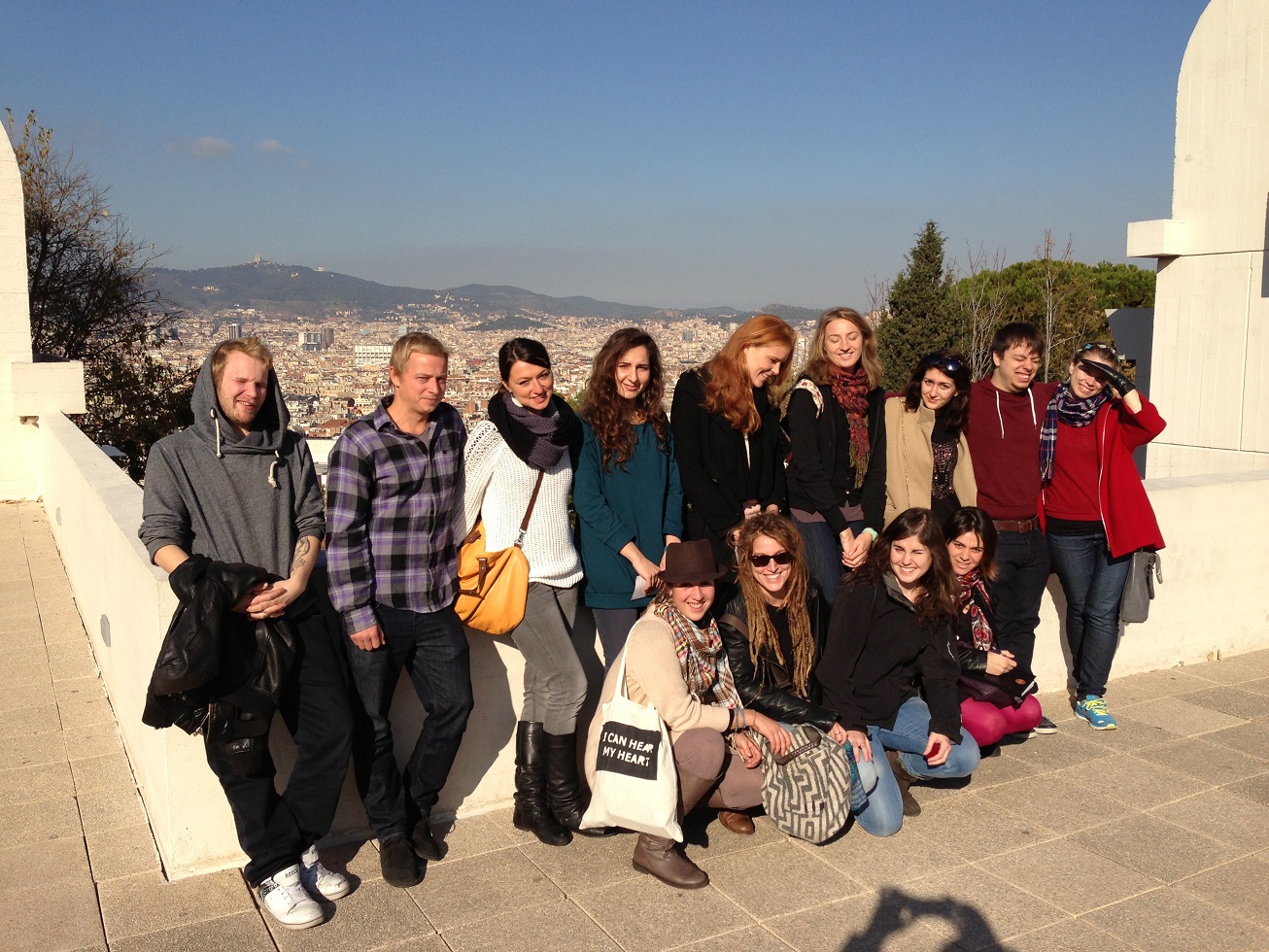 Our teacher of Tools for Managing Culture had a busy December: he not only took the students to the cultural walk in Barcelona, but he took them to the Joan Miró Foundation. This is how he describes the experience:

Today, in a group of students and friends, we visited the Joan Miró Foundation in Barcelona, which houses literally thousands of artworks by the artist who died in 1893 (aged 90). Luckily, there was a wonderful exhibition featuring works by Monet, Chagall, Klee and many other masters. Below are excerpts from things that I explained during the visit:

The Foundation, inaugurated during Miró’s lifetime, was intended not only as a museum of his works, but also as a centre for the study of Contemporary Art. Housed in a beautiful building in the Mediterranean Style by Joan Lluis Sert, the collection spans different stages of his artistic career, with some outstanding masterpieces.

It is impossible to appreciate the art of Miró without understanding the tragedies that he had witnessed and that had shaped his character and style. His strong attachment to the Catalan land and culture and the shock provoked by the two wars that he experienced (the Spanish Civil War and WWII) obviously marked his art ever after.

Miró was an alchemist that managed to turn very popular motifs (like birds, women and stars) into a very personal vocabulary and pictorial language that became characteristic of his work and that became unmistakably ‘his’. When he portrayed war, he produced horrifying and disturbing artworks, and when he wanted to escape the horrors of war, he produced a surrogate reality where stars and planets obeyed a profound lyrical order, as if slowly swinging to the rhythm of a divine tune…the music of the spheres?

I end this with a quote by Miró, in which he described his state of mind during war:

‘I felt a deep desire to escape. I closed myself within myself purposely. The night, music, and the stars began to play a major role in suggesting my paintings.’

A magnificent short film about Miró traced his artistic career from his early days in Catalonia, then in Paris and Mallorca, and all the way to the US, where he influenced the Abstract Expressionists, and found the inspiration for realizing monumental and large scale artworks. Another visit to Japan opened his eyes to Japanese calligraphy, something that would translate into heavy black lines. Fine lines, heavily-populated canvases and figurative shapes would give way to a mature economy of elements that would be characteristic of his old age. You can find the original article here. And we strongly recommend you take a look at his entire blog: http://camel76.wordpress.com/.