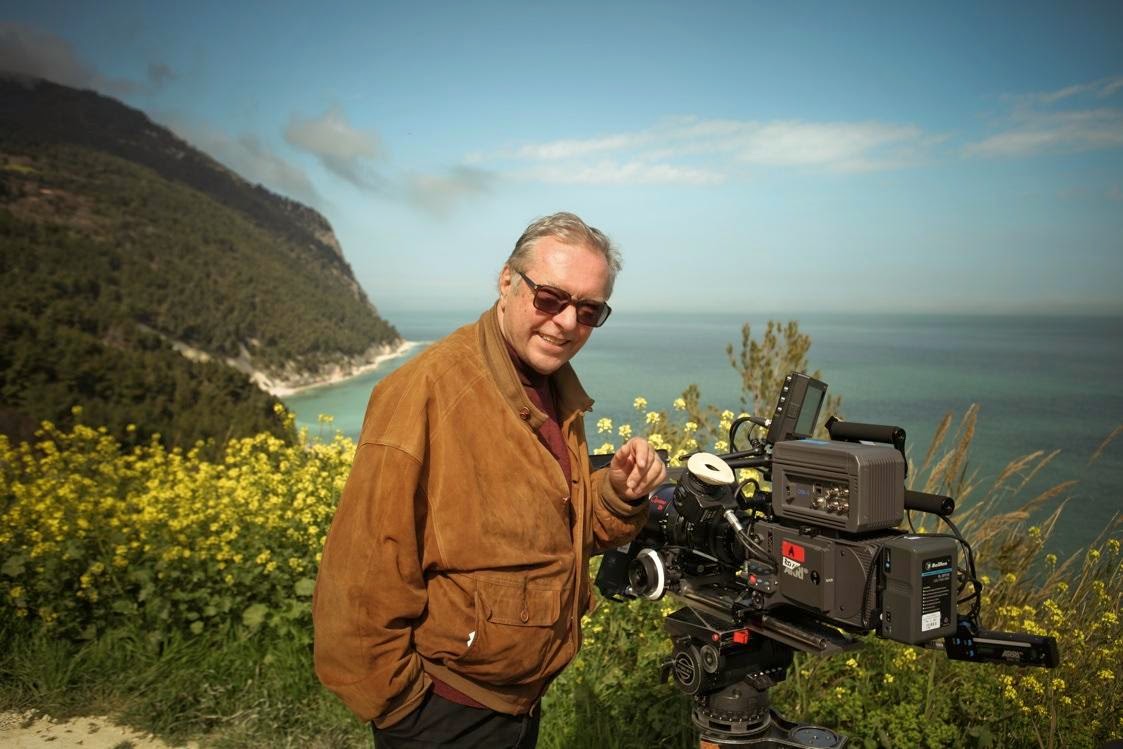 Krzysztof Zanussi has the touch of a real storyteller, one of those you can be listening attentively for three hours in a row without hearing any other sound in the classroom apart from his strong, clear voice. Even within the limits of the four walls of the classroom and fixed to our seats, we, the students, traveled to Poland -the birth country of this film director-. And we could see in front of us the lady he is talking about (a distant aunt), a woman that exudes beauty, intelligence and wealth, and who refuses suitors like we would discard the inedible parts of a fruit. She refuses them from the beginning or, as she did on two occasions, in front of the very altar. And then, to bring us back to reality, to a Barcelona that has not yet made its mind between the cold and the sun, Zanussi shows us a fragment of a movie of his that has been inspired by this family history. And so, between the story and parts of the movie, we get to know the work of this great storyteller.
But perhaps most interesting, as one of our classmates remarked at the end of the class, are his teachings and advices, related not only with his work but with the true meaning of life. On this, he began with a controversial sentence: “We understand each other only apparently. Only apparently we are united. Actually, everyone lives in their own universe and cares for their own world“. With this statement, he brokes the spell of the story and we suddenly feel strange one next to the other. But, as it happens with all good speakers, every word, every sentence of his has a reason. “It is through the narrative art that we can understand other points of view, identify with other people, and get closer to other universes. The narrative is a moral obligation between humans“. Reading a good book, watching a good movie, that elevates us, it guides us in our actions, as we learn from the experiences of others.
But what are a good book or a good movie? How can we not fall into subjectivity? The intuition and the feeling that the “world is bigger” and that we have a stronger desire to live should give us the tip of whether or not we are in front of a true work of art. Zanussi encourages us not to lose the critical sense and to evaluate whether the stories in which we engage are really worth it: “Read or watch only masterpieces, do not waste your time with mediocre art, do not get contaminated with trash“.
Within days, this Polish director will start shooting another film – in Italy, Poland and Russia**. To conclude the class, as in any good story, he surprises us: “I invite you to come to my house. I promise bed and breakfast, you can see how a movie is made and, of course, you will have many stories to tell afterwards”.
Mr Zanussi is a film, theatre and opera producer and director. He occupied the post of vice-president of the Association of Polish Film-makers between 1974 and 1981. He has directed the TOR Film Studio of Warsaw since 1979. In recent years, apart from his dedication to cinema he has also been a lecturer at the University of Silesia (Katowice, Poland) since 1992, a lecturer in the University Master’s Degree in Arts and Cultural Management of the Universitat Internacional de Catalunya since 2010, and a columnist for the Polish weekly magazine “Polityka”, as well as a member of the Pontifical Council for Culture in the Vatican.
* This article is the English translation of an article initially published on the 22nd of May 2013 in this blog.
** The shooting has ended. The result is Foreign bodies.
Related posts
Angelo Horngtay Chiu Lee: “Nuestra generación puede cambiar la precariedad del sector, por eso decidí cursar el Máster Universitario en Gestión Cultural de UIC Barcelona”
30 de June de 2022
Nicolás Barbieri: “El gran reto de la gestión cultural es conseguir que la ciudadanía valore la cultura como un sector que aporta valor y mejora la calidad de vida”
21 de June de 2022
La comunidad Alumni visita la Casa Rocamora, un palacete del siglo XIX en el corazón del Putxet
30 de May de 2022
Abraham Ramírez: “El libro ‘Jean-Léon Gérome. Pintura de arena y seda’ es una amplia monografía en la que recorro la vida personal y profesional del pintor francés”
19 de May de 2022
Lara Sofie Lejolle: “I love being in contact with art but also with the people who share a passion for it”
2 de May de 2022
Geraldine Sakuda: “El circo va ganando su lugar por su carácter social y el poder que tiene como herramienta de transformación social”
15 de March de 2022