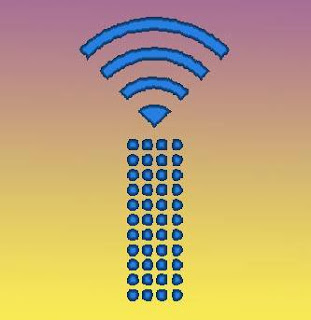 Three of our alumni of the 2012-2013 class -Aigerim Alimkulova, Wen Huang and Beatriz Solís-, have decided to make their final project real. Beatriz has sent us the description of what it is about.

They are also presenting it to the Movistar Artsy platform. From here, we encourage you all to vote for them!! We already did!  STREALITY on Movistar Artsy

Theatre is a common tradition of all the cultures but it is also true that nowadays the new generations are losing interest in traditional theatre. That is why Wen, Aigerim and I, students of the Master’s degree in Arts and Cultural Management of the UIC, decided to create for our final project of the MA a new theatre concept that could connect audiences and performances all over the world.
The streaming theatre is a concept that already exists in theatre and some artists have already developed it, like for example Dries Verhoen. The issue was that we wanted to create a theatrical form that would combine the traditional theatre experience with new technologies. With STREALITY we want to reach a direct cultural exchange through theatre, streaming and gastronomy.
I will try to be more specific and forget about abstractions: the project consists on that the audience of city A that goes to the theatre of city A where there are actors and a screen. Meanwhile, the audience of city B goes to the theatre of city B where you find the same thing: actors and a screen. Once the performance starts, what happens in city A can be seen through the screen in city B and the other way around. This way an interactive two sided theatre play is created.
After this exchange there would be an after talk with the actors and the director, and the streaming would be kept on to have interaction with “the other side”. To have a complete cultural exchange we would offer food from the other city during this talk.
We want to start this project having an exchange between Barcelona and Taipei at first and later between Barcelona and Berlin. We have been looking for the necessary partners for that, among them the international theatre company Reteatro.
These are difficult times but we have found a good way to start this project by presenting ourselves to the Movistar Artsy contest. The first selection round is based on popular vote and we hope we can count on your support. Maybe this way we can create a global theatre thanks to the new technologies.
Very interesting links:
STREALITY on Movistar Artsy
STREALITY video on YouTube
STREALITY Facebook
STREALITY logo
Reteatro Facebook
Dries Verhoen, life streaming
Related posts
Angelo Horngtay Chiu Lee: “Nuestra generación puede cambiar la precariedad del sector, por eso decidí cursar el Máster Universitario en Gestión Cultural de UIC Barcelona”
30 de June de 2022
Nicolás Barbieri: “El gran reto de la gestión cultural es conseguir que la ciudadanía valore la cultura como un sector que aporta valor y mejora la calidad de vida”
21 de June de 2022
La comunidad Alumni visita la Casa Rocamora, un palacete del siglo XIX en el corazón del Putxet
30 de May de 2022
Abraham Ramírez: “El libro ‘Jean-Léon Gérome. Pintura de arena y seda’ es una amplia monografía en la que recorro la vida personal y profesional del pintor francés”
19 de May de 2022
Lara Sofie Lejolle: “I love being in contact with art but also with the people who share a passion for it”
2 de May de 2022
Geraldine Sakuda: “El circo va ganando su lugar por su carácter social y el poder que tiene como herramienta de transformación social”
15 de March de 2022
2 Comments